Anyone who has ever studied the Bible or belongs to one of the many Christian denominations knows that the Bible strongly condemns fornication in both the Old and New Testament. Unfortunately, far too many Christians live in sexual immorality and debauchery, because they do not know the God-given limits regarding fornication or simply do not want to obey them.

This article delves into the Bible’s definition of fornication to educate those who do not know what fornication is or where it starts.

What is fornication according to the Bible?

According to the Bible, many sexual acts fall under the definition of fornication. Here you will find a detailed listing of Bible passages on the meaning of fornication from both the Old Testament and the New Testament of the Bible.

Definition of fornication in the Old Testament

Definition of fornication in the New Testament

Often, Bible translations also use the word wickedness instead of fornication, which is a suiting term as it describes the severity of the crime. Of course, the words whore and fornicator in the Bible also speak of fornicating people. Because a fornicator is a person who has had sex with several people.

According to the Bible, what is the definition of fornication?

All of these examples from the Bible make it easy to see what the definition of fornication is. Fornication refers to any sexual act practiced with a person or animal outside the guidelines God has given us. Sexual acts are made for the sole purpose of marriage between a man and a woman, according to God’s will.

You can read in detail what a marriage is and when one has committed adultery in this article: https://www.staybiblical.com/what-does-the-bible-say-about-adultery/

What most people do not know is that the word pornography is derived from the Greek word “porneia”, which translates to “fornication”. In the original Greek text of the New Testament of the Bible this word appears 25 times. In plain language: wherever the Bible would normally talk about fornication, the term “porneia” is used in Greek. Pornography means translated “fornication pictures”.

According to this, anyone who is married and watches pornography or fornication pictures is already committing adultery. For Jesus said that when someone looks at another woman lusting for her, has already committed adultery in his heart.

But I say unto you, That whosoever looketh on a woman to lust after her hath committed adultery with her already in his heart. (Matthew 5:28)

But watching pornography (fornication pictures) is condemned not only within marriage, according to the Bible, but also in general. For, according to the New Testament, we should not be guided by carnal desires, but rather kill the deeds of the flesh with the Spirit of God.

Mortify therefore your members which are upon the earth; fornication, uncleanness, inordinate affection, evil concupiscence, and covetousness, which is idolatry: For which things’ sake the wrath of God cometh on the children of disobedience: In the which ye also walked some time, when ye lived in them. But now ye also put off all these; anger, wrath, malice, blasphemy, filthy communication out of your mouth. (Colossians 3:5-8)

According to the Bible, fornication is forbidden and a deadly sin

Even if someone believes that God’s commandments are not valid anymore, which is certainly not the case, then he would still have to adhere to the prohibition of fornication. For Paul has said:

Wherefore my sentence is, that we trouble not them, which from among the Gentiles are turned to God: But that we write unto them, that they abstain from pollutions of idols, and from fornication, and from things strangled, and from blood. (Acts 15:19-20)

Apostle Paul says several times how important it is that we abstain from fornication. Fornication is a particularly grave sin, as one sins against his/ her own body, which according to the Bible should be a holy temple for the spirit of God.

Flee fornication. Every sin that a man doeth is without the body; but he that committeth fornication sinneth against his own body. What? know ye not that your body is the temple of the Holy Ghost which is in you, which ye have of God, and ye are not your own? For ye are bought with a price: therefore glorify God in your body, and in your spirit, which are God’s. (1 Corinthians 6:18-20)

For this is the will of God, even your sanctification, that ye should abstain from fornication: That every one of you should know how to possess his vessel in sanctification and honour; Not in the lust of concupiscence, even as the Gentiles which know not God: (1 Thessalonians 4:3-5)

In addition, Paul even said that we should not even associate with fornicators.

But now I have written unto you not to keep company, if any man that is called a brother be a fornicator, or covetous, or an idolator, or a railer, or a drunkard, or an extortioner; with such an one no not to eat. For what have I to do to judge them also that are without? do not ye judge them that are within? But them that are without God judgeth. Therefore put away from among yourselves that wicked person. (1 Corinthians 5:11-13)

What is the penalty for fornication? Fornicators do not enter the kingdom of God

In the New Testament of the Bible, fornication is just as strict as in the Old Testament. For there it is written that no one who practices fornication will enter the kingdom of God.

But the fearful, and unbelieving, and the abominable, and murderers, and whoremongers, and sorcerers, and idolaters, and all liars, shall have their part in the lake which burneth with fire and brimstone: which is the second death. (Revelation 21:8)

According to the Bible, the penalty for fornication is condemnation on judgment day. Because no indecent man and no indecent woman enter God’s kingdom.

For this ye know, that no whoremonger, nor unclean person, nor covetous man, who is an idolater, hath any inheritance in the kingdom of Christ and of God. Let no man deceive you with vain words: for because of these things cometh the wrath of God upon the children of disobedience. Be not ye therefore partakers with them. (Ephesians 5:5-7)

Only those who repent from sin can enter God’s kingdom

So is there still hope for lewd people? Yes, indeed there is. Because with the mortal sin of fornication it is the same as with all other sins. Only when one truly repents he can be forgiven.

If we confess our sins, he is faithful and just to forgive us our sins, and to cleanse us from all unrighteousness. (1 John 1:9)

This of course also includes the fact that you will never commit fornication again. Because Jesus said that someone who has been forgiven, but commits the sin again, will fare worse than before.

Afterward Jesus findeth him in the temple, and said unto him, Behold, thou art made whole: sin no more, lest a worse thing come unto thee. (John 5:14)

While they promise them liberty, they themselves are the servants of corruption: for of whom a man is overcome, of the same is he brought in bondage. (2 Peter 2:19)

And anyway one would never really have turned away from his wickedness and walked on the right path if he were to indulge in fornication again afterwards.

For it is impossible for those who were once enlightened, and have tasted of the heavenly gift, and were made partakers of the Holy Ghost, And have tasted the good word of God, and the powers of the world to come, If they shall fall away, to renew them again unto repentance; seeing they crucify to themselves the Son of God afresh, and put him to an open shame. (Hebrews 6:4-6)

For if after they have escaped the pollutions of the world through the knowledge of the Lord and Saviour Jesus Christ, they are again entangled therein, and overcome, the latter end is worse with them than the beginning. For it had been better for them not to have known the way of righteousness, than, after they have known it, to turn from the holy commandment delivered unto them. But it is happened unto them according to the true proverb, The dog is turned to his own vomit again; and the sow that was washed to her wallowing in the mire. (2 Peter 2:20-22)

Conclusion – The meaning of fornication in the Bible and its punishment

So, as we can see, the meaning of fornication in the Bible is much broader than it is believed today. Things like pornography, lusting after someone else’s flesh, adultery, pedophilia, sexual intercourse during your period, and teasing other people define fornication. Also, fornication is a serious sin that has grave consequences if not repented. It is called mortal sin for a reason. Unto this day the punishment for fornication is still death and the refusal to enter the kingdom of God.

Now the works of the flesh are manifest, which are these; Adultery, fornication, uncleanness, lasciviousness, Idolatry, witchcraft, hatred, variance, emulations, wrath, strife, seditions, heresies, Envyings, murders, drunkenness, revellings, and such like: of the which I tell you before, as I have also told you in time past, that they which do such things shall not inherit the kingdom of God. (Galatians 5:19-21)

If you liked the article, take a look at our Facebook Page.

Christmas is a Pagan Holiday and not biblical! 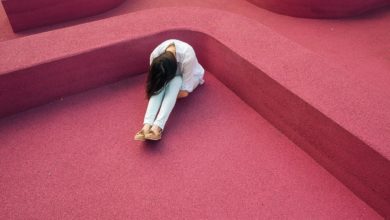 What does the Bible say about Sex before Marriage?